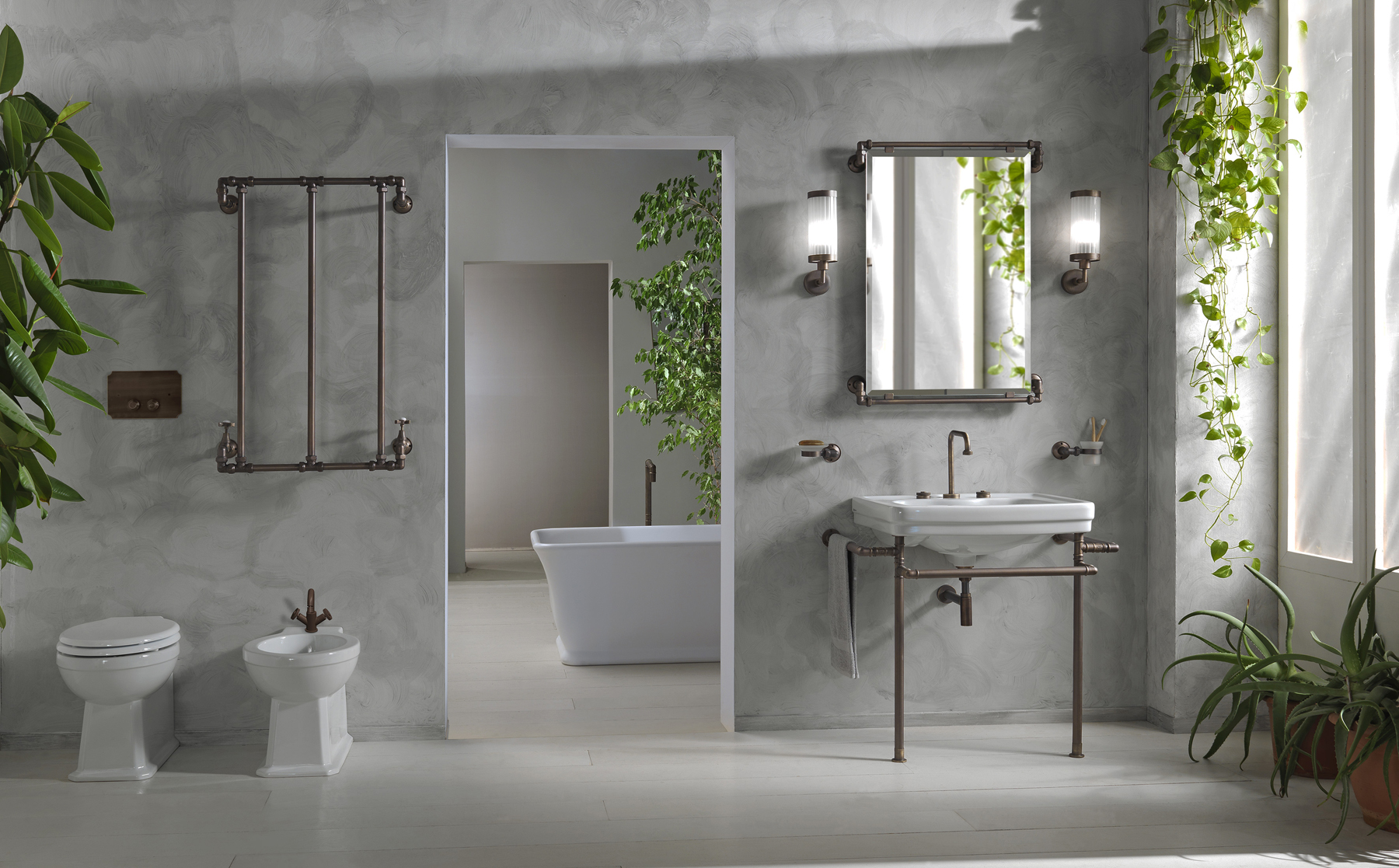 ECLECTIC AND BOLD: THE NEW SBORDONI STYLE FOR THE BATHROOM

Synonymous with classicism and tradition of bathroom furnishings, Sbordoni looks even further and dares an eclectic and bold style for its collections and proposals. With creativity and high production capacity it deals with a new design, which mixes different trends according  to a style project in the name of harmony and refinement for the room of the house dedicated to well-being and self-care. 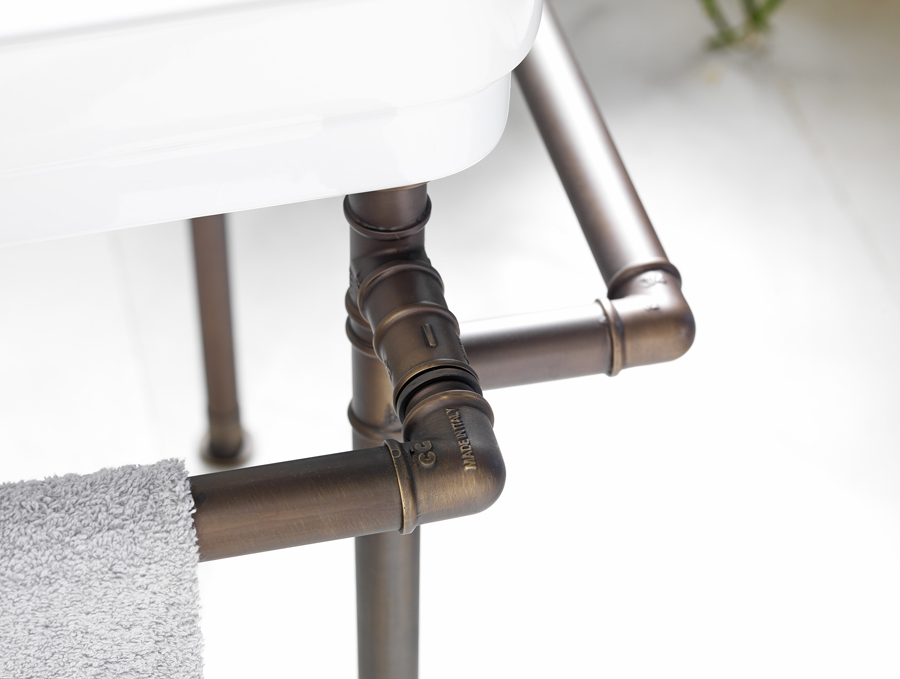 A new series of accessories for your bathroom with a strong character and a fierce identity. Industrial style is a trend which is confirmed for your bathroom too, and it is meant for those who love that mood, something in between vintage and coarse, which takes us back to New York and to
old nineteenth-century abandoned factories which, starting from the 70s, turned to be one of the coolest living spaces. Visible pipes and mechanisms, there are plenty of them in this collection; however, Sbordoni pays a special attention to details, finishing and matches, too. The essence of the industrial style, in the bathroom as well, is the material which in this collection, together with steel, is the absolute protagonist in the burnished, oxidized, and brushed finishing alongside skilled manufacture and evident style references. It is conceived as the ideal supply of the Neoclassica line; this series is in any case versatile compared with the other lines of bathroom fixtures by Sbordoni and it consists of a mirror, a small shelf, a tooth-mug holder and a soap dish, wall lights, a towel rail warmer, toilet flush plate, toilet paper holder and toilet brush stand and bathrobe hooks. 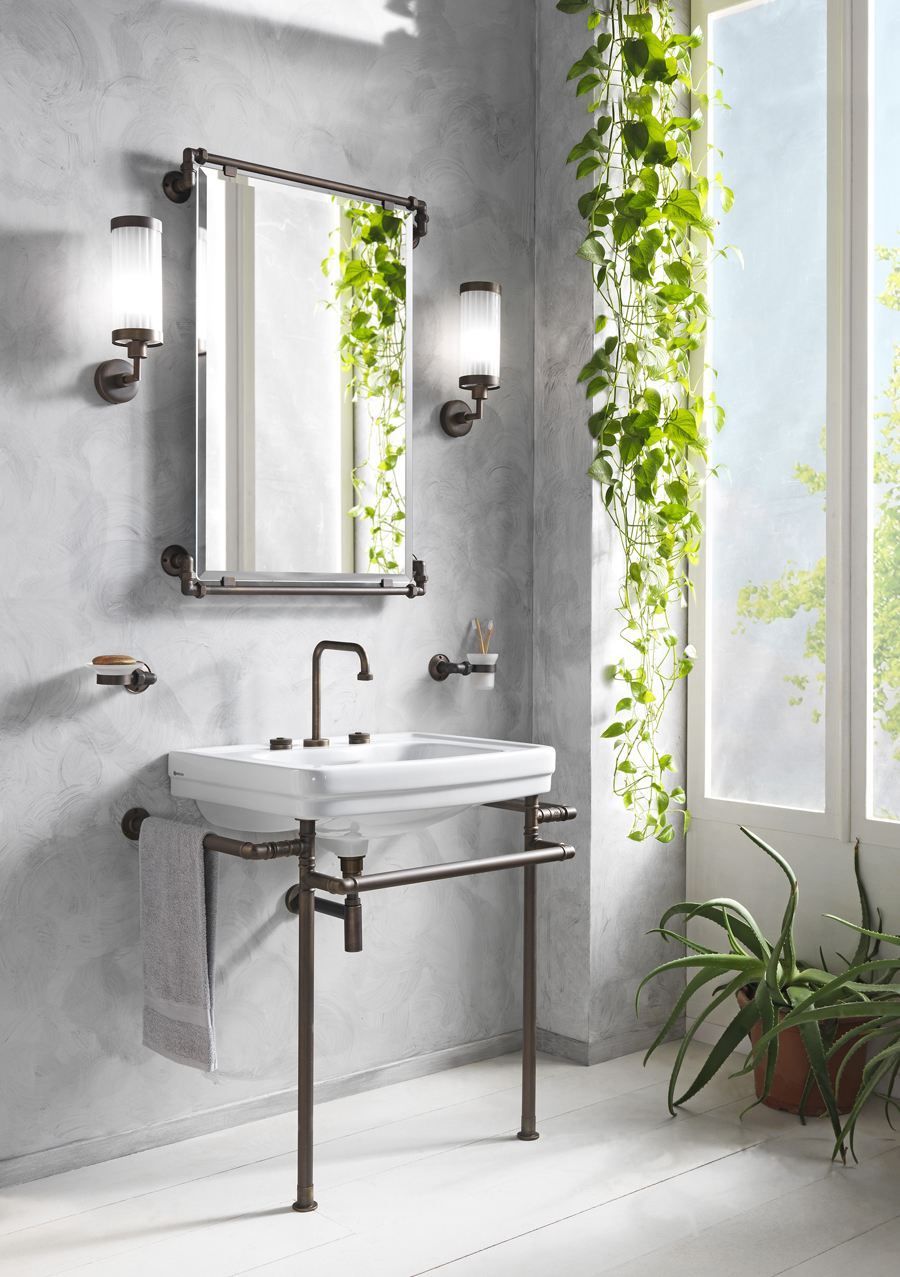 THE NEW SERIES OF FAUCETS DETROIT

Born from David Bongianni’s creativity and experience, this new series of Sbordoni taps surprises us with its modern, eclectic and biting style. Essential in shapes and proportions, Detroit carries its identification code in the details and in the unmistakable aesthetic inspired by a city that, in the first decades of the twentieth century, was the largest industrial metropolis in the United States and moved to the rhythm of the blues. In fact, this line is characterized by the use of materials and the knurling, an expression not only of a functional choice, but also of a desired material and tactile contrast between the smooth and worked parts. A perfect series for those who like to furnish by mixing living cultures and lifestyles. The series is available in various finishes, with smooth or knurled handles and with the application of red index for hot water and blue for cold. 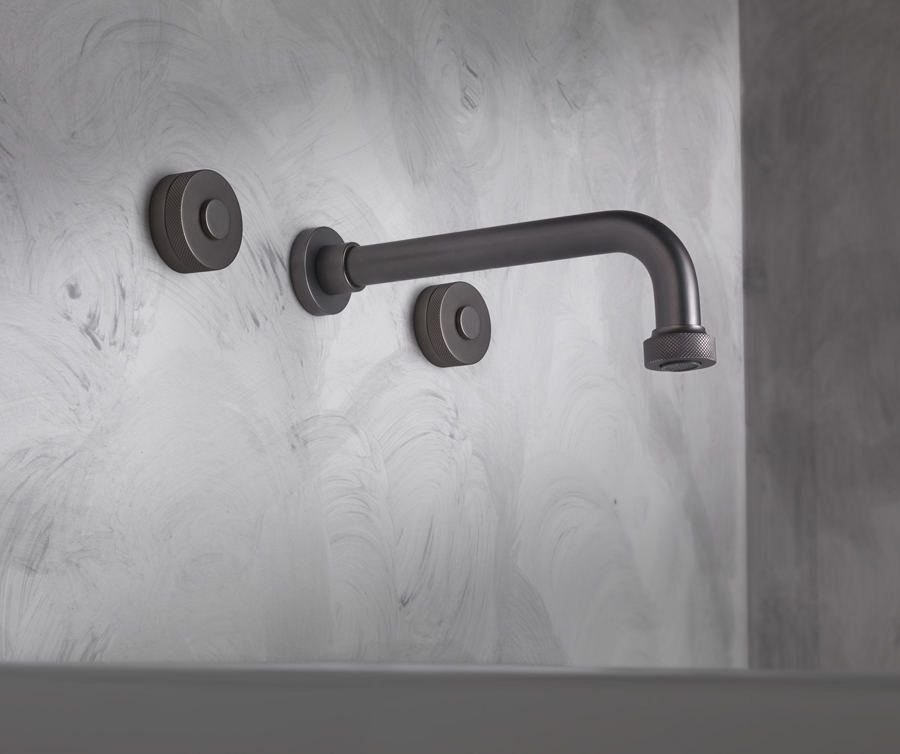