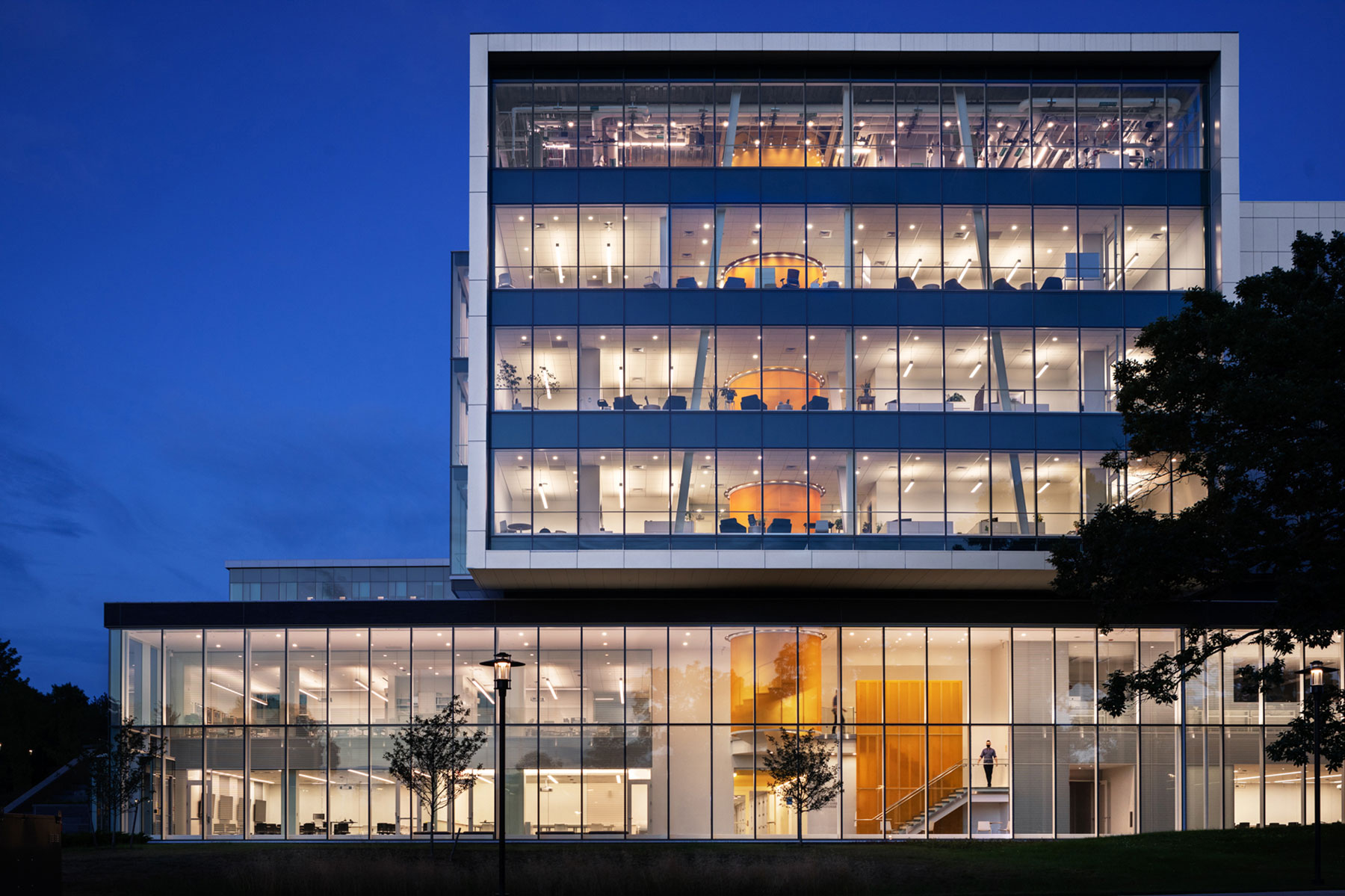 The University of Rhode Island’s new interdisciplinary hub is being built as part of a large project dedicated to the redevelopment and expansion of the College of Engineering. The new campus is called the Fascitelli Center and was developed through an innovative design by Ballinger Studio based Philadelphia.

Panelite, Bencore’s distributor in the United States of America, followed the project from the beginning and dealt is with client’s satisfaction. The goal of the architectural team was to create a new building that would be a connection between the science and humanities areas of the campus, demolishing five obsolete buildings that were only an obstacle to the harmonious and sustainable growth of the College.

The building has five floors: a key feature is the truss support system, which replaced the construction of internal columns; the spaces are so wide and continuous, with a strong lighting during the day. To encapsulate a spiral staircase and create distinctive wall and ceiling elements, Ballinger’s designers used Bencore’s Starlight™ panels customized in Clear satin and Orange satin finishes.

The requirements had to be: light weight, structural integrity, color possibilities and translucency.
After much research into materials, from polycarbonates to metals, to simple plasterboard, the choice fell on Starlight™ panels developed by Bencore for several reasons: first, the wide selection of colors that can be used; also, in addition, the panels can be curved even if they are large, resisting lateral forces when used as a balustrade. The staircase at night appears as a large bright yellow column, creating an impactful scenic effect. The honeycomb panels have a significant role in the Fascitelli Center, generating extraordinary effects of light and reflection.

“We chose the yellow color because it reminds us of the University’s colors, yellow and blue,” explains Terry D. Steelman, senior principal at Ballinger. “The color has become a symbolic reference for vertical flow. Throughout the building, whenever there is a stairway or elevator, there is a yellow element to aid in the sense of orientation. panels transmit the light is very valuable method and this is important for the success of the project; moreover, the Bencore has a very tactile nature: it is perceptible from a distance, but as you get closer it becomes even more extraordinary and more magic”.

Starlight™ is the composite panel with a macro-cellular structure core in transparent polycarbonate, combined with acrylic skins. It can be made in a wide range of finishes and colors. The honeycomb core with its regular geometric pattern gives the panel a unique aesthetic appearance.